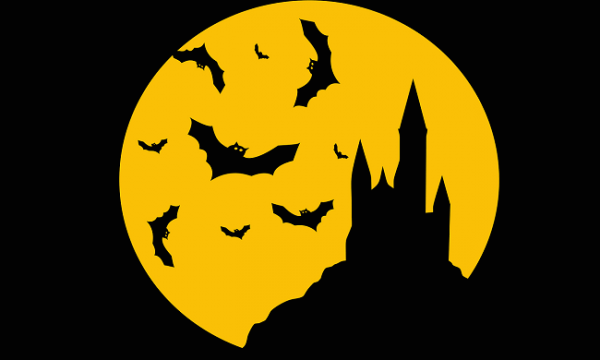 Ex. 1. Do you know what any of these Halloween symbols mean?

Ex. 2. Listen to the history of Halloween and do the quiz.

Ex. 4. Read about Halloween. What do you remember from the text? What facts were new and interesting for you? 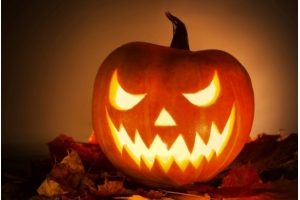 A fun fall activity, carving Jack-o’-lanterns actually has its roots in a sinister, tragic fable. Celtic folklore tells the tale of a drunken farmer named Jack who tricked the devil, but his trickery resulted in him being turned away from both the gates of heaven and hell after he died. Having no choice but to wander around the darkness of purgatory, Jack made a lantern from a turnip and a burning lump of coal that the devil had tossed him from hell.

Jack, the story goes, used the lantern to guide his lost soul; as such, the Celts believed that placing Jack-o’-lanterns outside would help guide lost spirits home when they wander the streets on Halloween. Originally made using a hollowed-out turnip with a small candle inside, Jack-o’-lanterns’ frightening carved faces also served to scare evil spirits away. When the Irish potato famine of 1846 forced Irish families to flee to North America, the tradition came with them. Since turnips were hard to come by in the states at the time, pumpkins were used as a substitute. 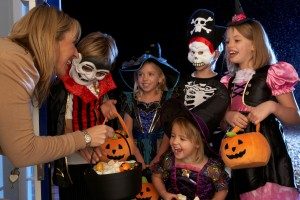 The American Halloween tradition of “trick-or-treating” probably dates back to the early All Souls’ Day parades in England. During the festivities, poor citizens would beg for food and families would give them pastries called “soul cakes” in return for their promise to pray for the family’s dead relatives. The distribution of soul cakes was encouraged by the church as a way to replace the ancient practice of leaving food and wine for roaming spirits. The practice, which was referred to as “going a-souling” was eventually taken up by children who would visit the houses in their neighborhood and be given ale, food, and money.

Halloween is dedicated to remembering the dead including saints (hallows) and martyrs. It goes back 2000 years to the Celtic festival, Samhain, on the 1st of November. People believed that the night before Samhain the dead returned as ghosts. Therefore, people left food and wine at the front door and dressed up to be mistaken for ghosts. in the 8th century the churched changed the name of the festival into All Hallow day, and the day before it was called All Hallows’ Eve. It is celebrated in the USA and the UK. 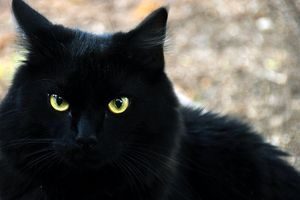 Often used as symbols of bad luck, black cats grace many Halloween decorations. The black cat’s bad reputation dates back to the Dark Ages, when witch hunts were commonplace. Elderly, solitary women were often accused of witchcraft, and their pet cats were said to be their «familiars,» or demonic animals that had been given to them by the devil.

Another medieval myth told that Satan turned himself into a cat when socializing with witches. But nowadays, black cats aren’t synonymous with bad luck and mischief everywhere — in Ireland, Scotland and England, it’s considered good luck for a black cat to cross your path.

A common source of fear, spiders make for creepy, crawly Halloween staples. They join the ranks of bats and black cats in folklore as being evil companions of witches during medieval times. One superstition held that if a spider falls into a candle-lit lamp and is consumed by the flame, witches are nearby. And if you spot a spider on Halloween, goes another superstition, it means that the spirit of a deceased loved one is watching over you.

Medieval folklore also described bats as witches’ familiars, and seeing a bat on Halloween was considered to be quite an ominous sign. One myth was that if a bat was spotted flying around one’s house three times, it meant that someone in that house would soon die. Another myth was that if a bat flew into your house on Halloween, it was a sign that your house was haunted because ghosts had let the bat in.

The stereotypical image of the haggard witch with a pointy black hat and warty nose stirring a magical potion in her cauldron actually stems from a pagan goddess known as «the crone,» who was honored during Samhain. The crone was also known as «the old one» and the «Earth mother,» who symbolized wisdom, change, and the turning of the seasons. Today, the kind, all-knowing old crone has morphed into the menacing, cackling witch.

The witch’s broomstick is a superstition that has its roots in medieval myths. The elderly, introverted women that were accused of witchcraft were often poor and could not afford horses, so they navigated through the woods on foot with the help of walking sticks, which were sometimes substituted by brooms.

English folklore tells that during night-time ceremonies, witches rubbed a «flying» potion on their bodies, closed their eyes and felt as though they were flying. The hallucinogenic ointment, which caused numbness, rapid heartbeat and confusion, gave them the illusion that they were soaring through the sky.

he pagan Celts believed that after death, all souls went into the crone’s cauldron, which symbolized the Earth mother’s womb. There, the souls awaited reincarnation, as the goddess’ stirring allowed for new souls to enter the cauldron and old souls to be reborn. That image of the cauldron of life has now been replaced by the steaming, bubbling, ominous brew.

The traditional Halloween colors of orange and black actually stem from the pagan celebration of autumn and the harvest, with orange symbolizing the colors of the crops and turning leaves, while black marks the «death» of summer and the changing season. Over time, green, purple and yellow have also been introduced into the color scheme of Halloween decorations.

Candy apples are popular Halloween treats, and the sugary fruit on a stick was handed out during the early days of trick-or-treating in North America — before concerns over unwrapped candy became an issue. Today, candy apples can be covered in caramel or chocolate with nuts, as well as in the classic, shiny red syrup.

The fusion of Celtic and Roman traditions is behind Halloween’s candy-apple staple. Samhain was around the time of the Roman festival honoring Pamona, the goddess of fruit trees. The goddess is often symbolized by an apple, so the fruit became synonymous with Samhain celebrations of the harvest. 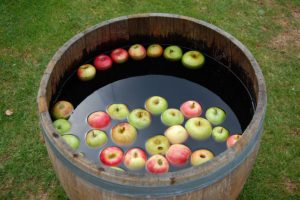 In ancient times, the apple was viewed as a sacred fruit that could be used to predict the future. Bobbing for apples is one of the traditional games used for fortune-telling on Halloween night. It was believed that the first person to pluck an apple from the water-filled bucket without using their hands would be the first to marry. 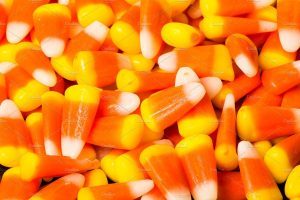 The candy most synonymous with Halloween, candy corn was invented in the late 1880s and began to be mass-produced in the early 1900s. The original process for making candy corn was cumbersome and time-consuming, as each color of syrup had to be heated up in large vats and carefully poured by hand into specially shaped molds.

But the yellow, orange and white candy — meant to resemble a corn kernel — was a huge hit and remains a popular part of Halloween to this day.